Get to know the Bay Area's favorite robot

“People don’t dance enough,” announced Chris Hirst, the creative force behind Robot Dance Party: an infamous robot that dances in San Francisco’s Dolores Park, Oakland FIGMENT, the annual Burning Man event, and many other places. “This made me think that a dancing [character] would encourage people to dance more.” People think: “I’m dancing with a robot and it looks ridiculous, but it doesn’t make me feel nervous or embarrassed.”

Dancing seems to have many different connotations attached to it, including ideas about how people should dance. Robot Dance Party started as a reaction to those ideas, with a simple goal: to encourage people to express themselves freely, without having to worry about dancing “correctly.” The fun and lighthearted art project-turned-robot-costume initially started as a submission to 2007’s Burning Man. But Hirst’s lovable robot wasn’t as successful at Burning Man, probably because the event inundated with crazy, wild, and funky art projects. “At Dolores [Park], people are [much] more likely to approach it and dance with it, because it’s unexpected and fun,” Hirst grinned. While dance may be Hirst’s art, the robot itself is a whimsical, artistic reversal of what usually comes to mind when we think of the word “robot.” 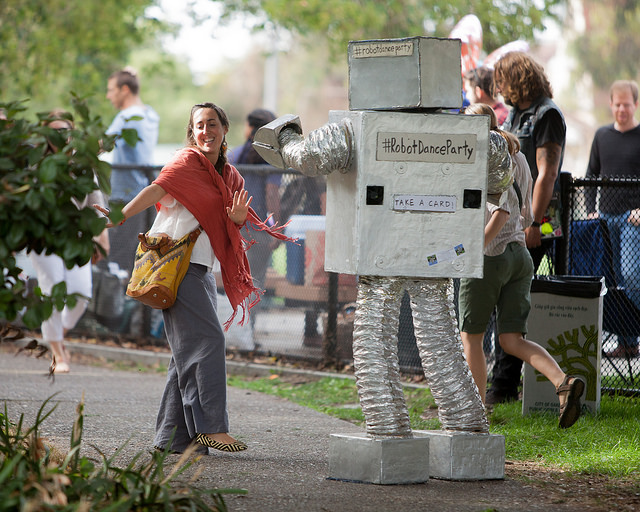 “The body, the head, the hand, and [the] feet, are all made of fiberglass,” Hirst noted. While the word may draw to mind everyone’s favorite fiberoptic holiday tree, fiber-optic materials are made of glass. Ironically, fiberglass are made of plastic: lightweight, durable, and woven with small glass fibers. This unique type of material helped Hirst improve his initial design he took to Burning Man. “The first version I bought to Burning Man was made of wood, so it was really heavy!” Hirst exclaimed. “The [wooden] design’s excess weight was causing it to bog down, I could hardly dance in it.” But these difficulties were a great test of Hirst’s initial concept, and inspired him to start thinking about how he could “improve the design.”

As he built the fiberglass suit, he also equipped it with four speakers, a car amplifier, and car batteries. Hirst became more inventive as he taught himself how to build fiberglass. Soon after he started bringing his robot to Dolores Park, people reached out to him, interested in seeing him perform at birthday parties, private events, and even company parties. Hirst has even done a corporate event for Twitter, a staff party for Data Brand, and a boat party for SalesForce. But for Hirst, FIGMENT “was one of the best shows of the year for me.” 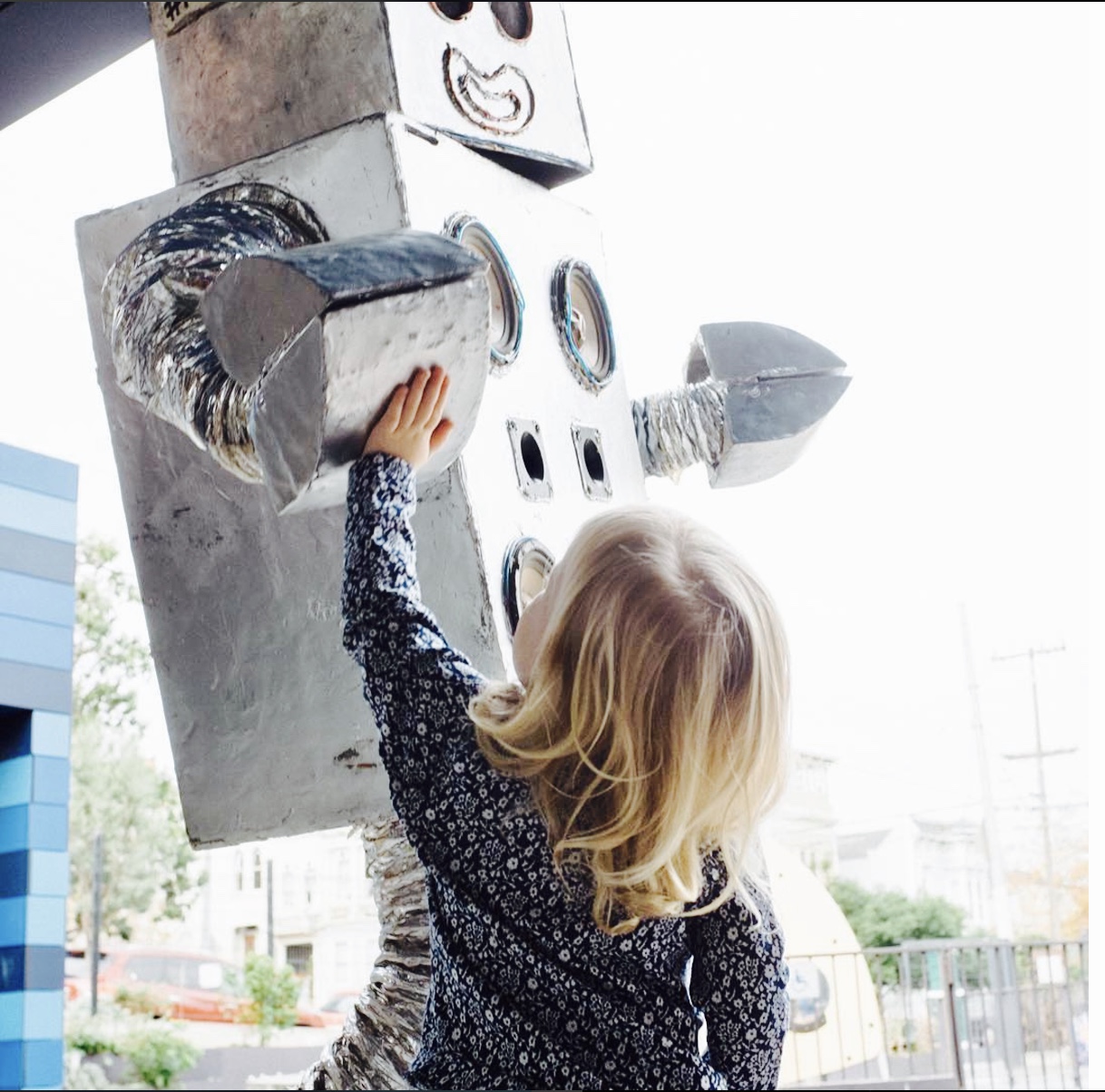 At FIGMENT, attendees treat artists with the same kind of respectful, playful curiosity that people show Hirst’s robot in Dolores Park. “I was like a novelty,” he laughed. “[FIGMENT] has elderly folks, grownups, and kids, and everybody’s having a good time—it’s such a lighthearted, casual environment.” For Hirst, choosing to make his idea into a robot was about more than just showing people they could dance any way they liked—Robot Dance Party engages people in spontaneity and playfulness. “Going out there with my robot never fails to lift my mood.”

Laughter, dance, and art are some of the greatest way to suspend daily stresses and indulge in the euphoric feeling of doing what we’re most passionate about!

Submit your own passion project today, or attend FIGMENT on June 10, 2017, to have a perfect day in the warm California sun, and maybe even dance with a robot.