“It’s only been recently that people started thinking of the Bay Area as tech hub first, and art hub second,” says Adam Davis, an illustrator and full-time father in the East Bay. Davis attended FIGMENT in 2015 with his project Secrets Everywhere, an intricate, puzzle-like scavenger-hunt in which participants used clues to find a piece of art they could keep. This project--along with his original scavenger-hunt--are very much about immersive experiences leading people to see the world in a new light. For Davis and other appreciators, original art is undervalued. “[But] if you make art accessible, someone [may] want to [go] home and hang it on their wall, rather than going to Ikea,” Davis said wryly.

Locally, there are many different types of art-themed events: you could attend a gallery showing by current MFA candidates, experience interactive theatre like Neurosociety, witness the Oakland Symphony, or get a taste of the thriving East Bay gallery scene at Oakland Art Murmur First Fridays. The Bay Area offers a diverse array of cultural flavors to experience: and some even allow you to get up close and personal. Since 2014, Oakland’s FIGMENT Project offers you just that: a chance to get up close and personal with local artists just like Adam Davis. 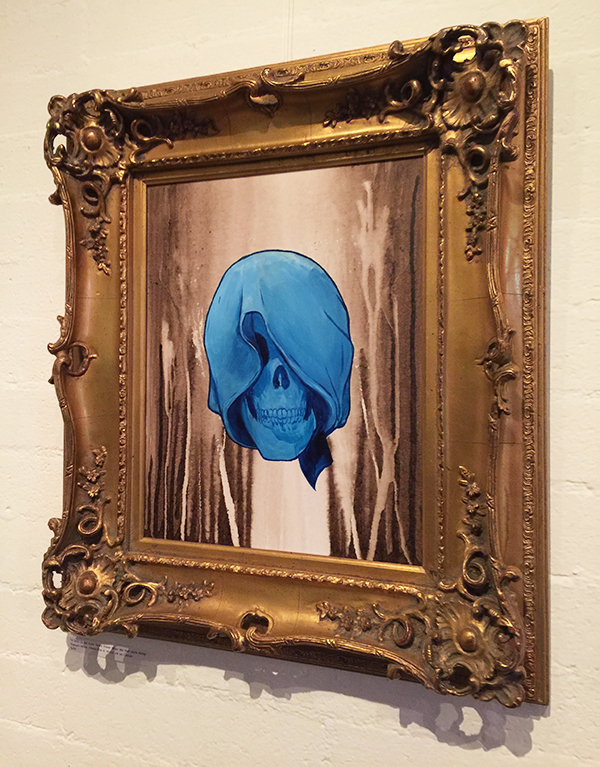 Can you spot the clue? Above: A mysterious painting by artist Adam Davis.

Davis was drawn to the Bay’s unique artistic culture back in 2000, when Oakland rent was less expensive and bands were constantly pouring through the area. After experiencing the Jejune Institute’s immersive reality, Davis was inspired to create participatory art that adds an “extra level of narrative to the world.” He knew he wanted to make Secrets Everywhere “less about the prize at the end, and more about the experience of adventure.” This drew him specifically to FIGMENT Project, whose free and participatory art events in Oakland, San Diego, Boston, Chicago, New York, and others draw tens of thousands each year. And if you’re the artistic type, FIGMENT offers you the opportunity to submit your own participatory art projects.

As he set up Secrets Everywhere at FIGMENT, Davis focused on encouraging people to get out of their comfort zones and try something new. After all, “if you’re just confronted with this cryptic array of items, it can be overwhelming,” Davis remarked thoughtfully. However, in true FIGMENT fashion, a crowd of adventurers ended up clustering around Secrets Everywhere, following clues for the location of the treasure chest: a trove of different art pieces. “Seeing them all figuring it out and working together was really inspiring,” Davis smiled, illustrating how validating the public enjoyment of art can be.

Oakland is home to another free art event: the Aeolian Festival in Oakland’s Jack London State Park, where artists celebrate the wind through their own sound sculptures. Aeolian is “more themed than FIGMENT, which was left very open-ended,” observed Davis. Along with Aeolian, there are other free, themed events in the Bay Area, such as musical performances and comedy shows. But for Davis, “I was trying to mirror some of the different works that inspired me, and FIGMENT’s open structure allowed me do that.” 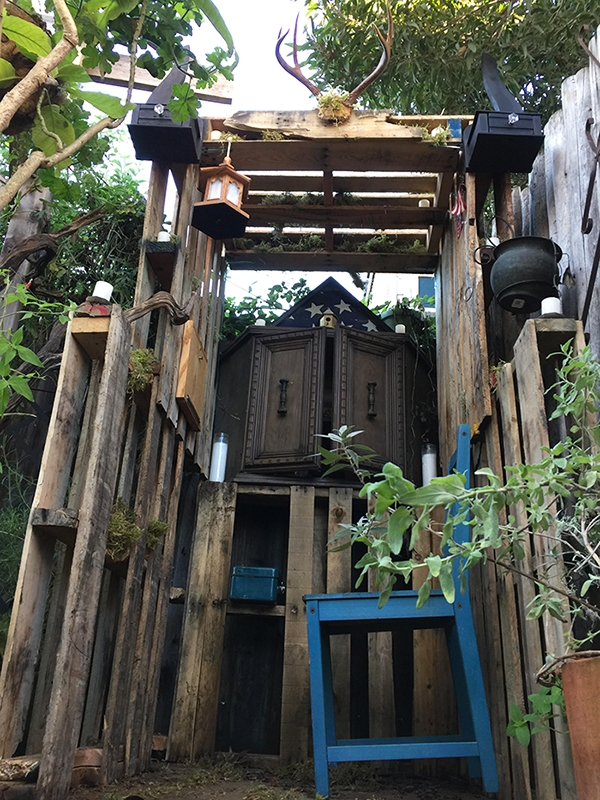 Above: Installation view from "Dead of Winter" - a recent project by Davis.

FIGMENT’s art is as much a part of the Bay Area’s soul as open-mindedness is a vital part of the area’s culture. For artists interested in creating convention-bending art—like the fun and inclusive Secrets Everywhere scavenger hunt—FIGMENT provides an open-ended platform for creativity. For appreciators of fun, funky, and cool creations, FIGMENT Project is one of the many great things in the Bay Area that keep people’s minds open to art. There’s an enduring undercurrent of “weirdness” to this technology-saturated place: in spite of the suburbs and tech, weird art can still thrive.

Visit Davis’ website or email him to learn more about upcoming projects and events.

Want to become our next featured FIGMENT Oakland artist?

Get in touch! Post a comment, submit a project or hit that email button. We love hearing from you. 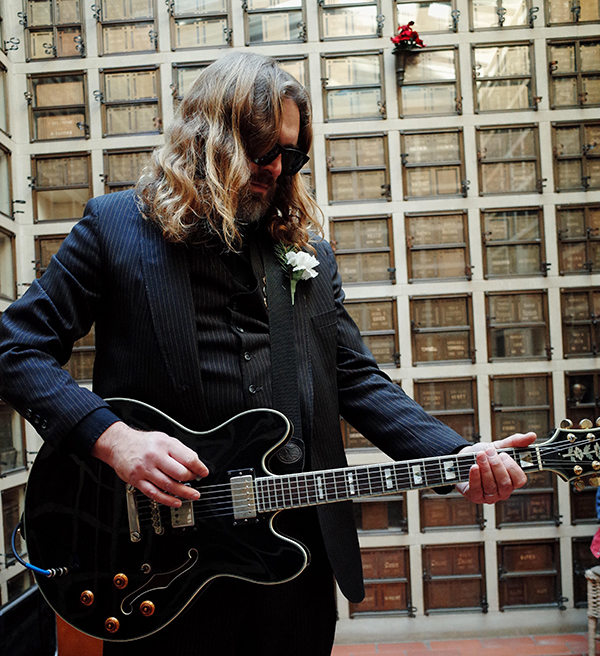