If you’ve heard of the X-Men comic books, you might know about The Danger Room: a fictional training facility appearing first in X-Men #2. “The Danger Room [is] a [space] that changes depending on what the characters want [it] to be,” Robin Birdd noted, pausing to consider the inspiration for her own version of The Danger Room. Robin Birdd and Jeffrey Yip wanted their version to be as much a place for creative imagination as possible: “Every time Danger Room pops up, there’s a new scenario,” Birdd explained.

The Danger Room, a whimsical place of discovery, is first and foremost an interactive space intended to push the limits of the imagination. “With the use of light, texture, and sound, the artists engage the human senses in the temporal unknown,” she smiled. “People were afraid to go in. It’s supposed to be mysterious.” But more than anything, like the comic book space before it, The Danger Room emphasizes training the senses: in unstructured play, participants can imagine anything they want to be. 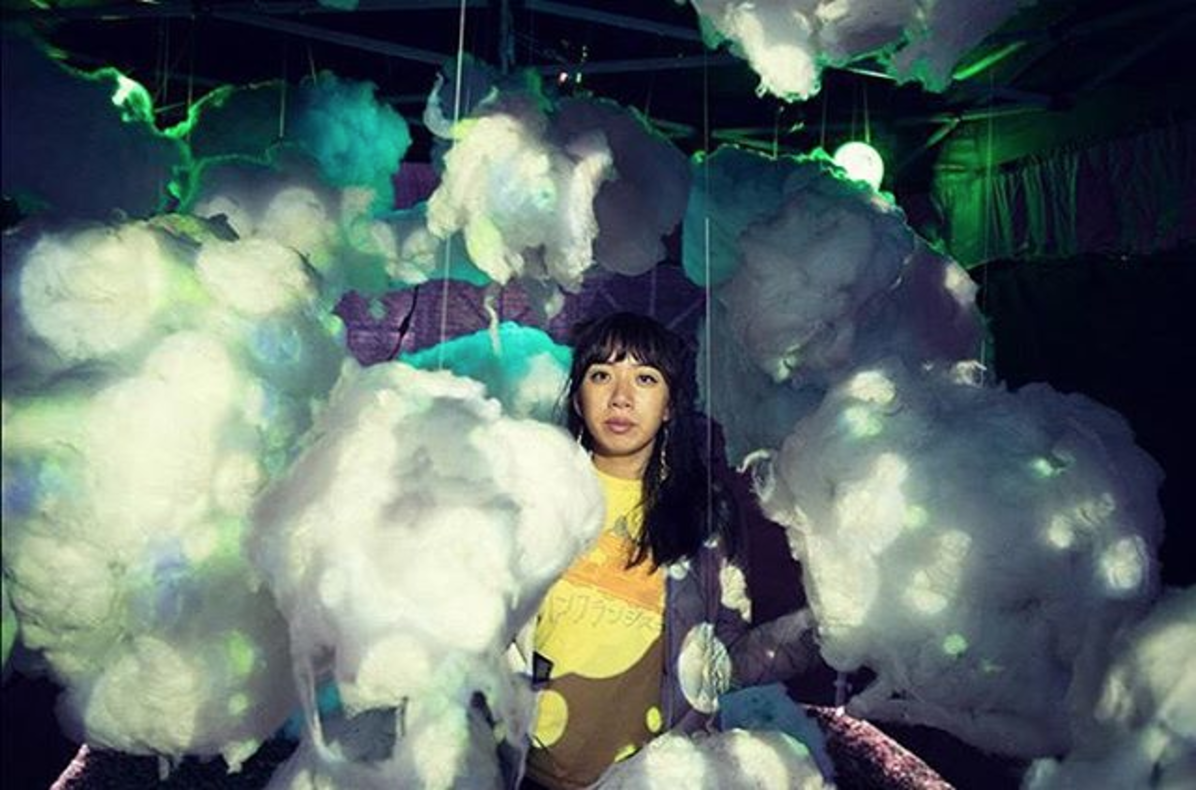 The Danger Room was first exhibited at the 2015 Oakland Music Festival, which was then filled with a thousand balloons illuminated only by digital projections. “Jeff and I started to collaborate on immersive environments, trying to create a platform we could use consistently,” Birdd described. “With this idea, we’re able to do fun, [inventive] things, but within the constraints of The Danger Room.” Their artistry accomplishes more than just fun, however: it transports people into a new environment by inviting them to imagine what’s possible. 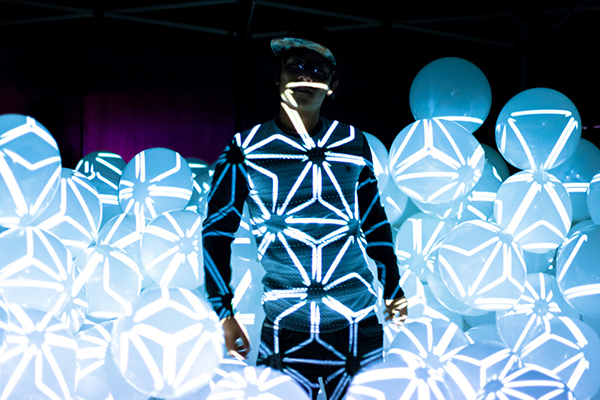 Danger Room I at the Oakland Music Festival. Image via the artist - click for more.

FIGMENT Project is dedicated to showcasing unique and immersive art like Birdd’s. For the duo--who first teamed up to create The Danger Room—the process of collaboration helped them produce a project true to their inspirations. While X-Men served as the springboard for both versions of The Danger Room, Birdd “wanted [ours] to be about play, [while] X-Men is all about [strategy].”

Like The Danger Room, FIGMENT events are designed to be platforms for people to step out of the duties of their daily grind, and indulge in play and dreams. Like the Oakland Music Festival, FIGMENT attracts creative and inquisitive minds, makers, and families alike. The Danger Room aimed to uplift participants, buoyed by the feeling of the sky and the clouds. Allow FIGMENT to transport you there this June: submit your own creative projects to FIGMENT, or simply enjoy the limitless creativity ability of FIGMENT artists.  Come dream with us.